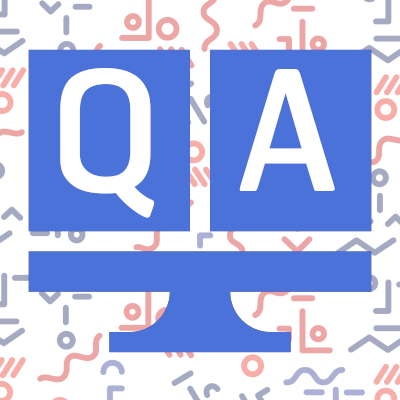 1. Which is the long-term vision that prompted the development of this project?

In the long-term, the project wishes to support the process of socioeconomic inclusion of migrants in hosting communities, including in ‘transit’ places, such as countries in the Western Balkans for multiple reasons: to offer self-sufficiency opportunities to migrants and reduce dependency from public international aid or national welfare systems; reduce social tensions with the local population; foster social cohesion in hosting communities; counteract worrying trends in depopulation/brain drain and the consequent negative economic outlook that would foster further depopulation and migration of young people. The project wishes to boost the economic potential of migration, with the intention to turn a crisis into an opportunity;

2.  What will the project produce for governments?

A toolkit comprising: a set of guidelines on how to communicate migration in ways that can resonate beyond already supportive audiences, and in particular with the so-called “anxious middle”, the approx. one third of the population that is indifferent or uncertain regarding migrants; six prototypes of infotainment formats tested and evaluated on specific segments of audiences in the six countries involved (A, BiH, D, I, NMK, SRB). As a result, relevant stakeholders, including governments and the European Commission, will be in the position to promote effective communication strategies in the future or disseminate and serialize the prototypes developed in the framework of the project;

3. What makes the project innovative?

The project is based on the assumption that both the “positive” and the “negative” narratives about migration are fabricated in their own way and wishes to pursue an evidence-based approach in order to ensure value for money when authorities invest public funds in developing and producing information campaigns in the field of migration and integration. To do so the project will: a) Learn from past experiences (stocktaking); b) Involve young creators from local universities in each of the country involved (co-creative process); c) Test and assess the impact of prototypes of information campaigns on specific segments of audiences in the respective countries (early impact evaluation); d) Capitalize the knowledge and tools developed throughout the initiative (capitalization);

The set of guidelines on how to communicate migration effectively will consider the shifting of perceptions when dealing with migrants or refugees. In doing so, the analysis will provide the governments with nuanced knowledge about perceptions of different legal categories of people on the move, incorporating a gender-mainstreaming approach, as well. The aim is to provide a comprehensive knowledge and effective tools so that governments can choose their own communication strategies counting on solid grounds.

Development Goals addressed by the Project

We use cookies on our website to give you the most relevant experience by remembering your preferences and repeat visits. By clicking “Accept All”, you consent to the use of ALL the cookies. However, you may visit "Cookie Settings" to provide a controlled consent.
Cookie SettingsAccept All
Manage consent

This website uses cookies to improve your experience while you navigate through the website. Out of these, the cookies that are categorized as necessary are stored on your browser as they are essential for the working of basic functionalities of the website. We also use third-party cookies that help us analyze and understand how you use this website. These cookies will be stored in your browser only with your consent. You also have the option to opt-out of these cookies. But opting out of some of these cookies may affect your browsing experience.
Necessary Always Enabled
Necessary cookies are absolutely essential for the website to function properly. These cookies ensure basic functionalities and security features of the website, anonymously.
Functional
Functional cookies help to perform certain functionalities like sharing the content of the website on social media platforms, collect feedbacks, and other third-party features.
Performance
Performance cookies are used to understand and analyze the key performance indexes of the website which helps in delivering a better user experience for the visitors.
Analytics
Analytical cookies are used to understand how visitors interact with the website. These cookies help provide information on metrics the number of visitors, bounce rate, traffic source, etc.
Advertisement
Advertisement cookies are used to provide visitors with relevant ads and marketing campaigns. These cookies track visitors across websites and collect information to provide customized ads.
Others
Other uncategorized cookies are those that are being analyzed and have not been classified into a category as yet.
SAVE & ACCEPT